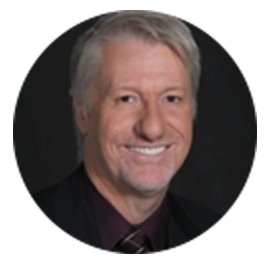 Mr Blattner has had a highly successful career in systems development, technology deployment, and executive management, for both domestic and international organizations.

During his career he has held C-level positions in diverse industries. As a result, he has developed a unique ability to migrate and re-purpose existing operational technologies into new industries and markets. In addition, his expansive track record of creating and utilizing technologies at the corporate level has not only realized necessary operational efficiencies, but – much more significantly – has afforded many organizations a major competitive advantage.

Mr Blattner was the first to apply cutting-edge online analytical processing (OLAP) database technology in the direct-to-consumer/infomercial industry, which allowed – for the first time – direct response television (DRTV) marketing organizations to uncover unprofitable broadcast time slots and geographies that existing competitors were blind to and unable to avoid. Consequently, under his technological direction, he created a significant competitive edge, and helped grow one DRTV company to over a $100 million annual run rate (from $0) in just under an 18-month period.

While working in the advertising arena, Mr Blattner also personally developed the underlying core computing technology (Patents 8521586 and 7636672) to support a system and method for delivering customized advertisements within interactive communication systems. Today, this process patent is one of the most often-cited process patents for targeted internet banner delivery. His technology served as the predecessor to many of today’s banner serving companies.

Mr Blattner has been a resident of Las Vegas for almost 20 years: this is where he intends to bring his unique skills and expertise to the commercial property management arena, to improve operational efficiencies, reduce waste and costs, and increase competitive advantage.